Shannon Minter Recently I received an email from the National Center for Lesbian Rights, a US organisation based in – where else but San Francisco, that has been prominent in what its name stands for. A couple of years ago I went to their offices and met amongst others Shannon Minter, the legal director. Shannon… Read More »Custom Single Post Header 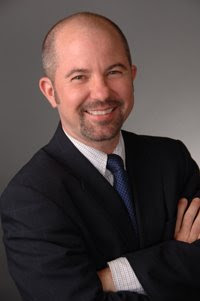 Recently I received an email from the National Center for Lesbian Rights, a US organisation based in – where else but San Francisco, that has been prominent in what its name stands for.

A couple of years ago I went to their offices and met amongst others Shannon Minter, the legal director. Shannon has recently won an award for his contributions, including as lead counsel in the California marriage case. Shannon, who hails from Texas, seemed quite surprised when I mentioned that Queensland was twice as big.

The recent email said that the NCLR was helping an HIV positive Pakistani man claim asylum in the US because of the fear of persecution in Pakistan, where engaging in sodomy attracts the death penalty.

This reminded me of cases here where Bangladeshi gay men have obtained asylum based on their of persecution if they were to return home.

The most recent is the Refugee Review Tribunal case of 0801885. This involved a Bangladeshi man who said that he could not return to Bangladesh because he was openly gay and was afraid that he would be persecuted if he returned. The Tribunal recognised that he was a refugee.

The applicant said that he feared persecution in Bangladesh because of his homosexuality. He said that after he had completed his Secondary School Certificate examination he had been found together with another boy by the Imam of the mosque and some village people. He said that a shalish had been convened and he had been punished. He said that his siblings had been very upset and his mother had said that if he did not change she would not accept him as her son. The applicant said that at the college where he had enrolled to study for his Higher Secondary Certificate there had been so much gossip about him that he had not been able to concentrate on his studies and he had dropped out after a few months.

The applicant said that after he had moved to Dhaka as referred to above he had lost his job at the shop because he had once again been found with another man working at the shop. He said that this had created a big scene and they had both been sacked. The applicant said that during the next few years he had felt like an outcast and that nobody had been prepared to give him a job. He said that he had frequented venues where he had found casual sexual partners but he had developed no close friendships. He said that he had been afraid of being caught by the police but fortunately this had not happened. He said that after a few years his family had started to talk of him marrying and settling down but he had always said that he was not interested. He said that his family had been ‘really quite sick of me’ and they had arranged for him to go to work in Country A. He said that there too he had had casual sexual encounters with other men.

Having regard to the independent evidence concerning the situation of homosexuals in Bangladesh, I consider that there is a real chance that the applicant will suffer serious harm if he lives openly as a homosexual in Bangladesh. He will be vulnerable to harassment, assault or even rape if he continues to frequent the established meeting places for homosexuals in Dhaka. Conversely, if the threat of harm were to prevent the applicant from living openly as a homosexual this would in itself amount to persecution