Domestic violence risk assessment: thanks to Mark Wynn and Nashville

Domestic violence risk assessment: thanks to Mark Wynn and Nashville

“Domestic violence” and “Nashville” aren’t phrases that immediately come to mind. However, a now retired policeman, Mark Wynn thought that a new way was required by police in tackling domestic violence. Part of that involved new and better ways of investigation, and part involved that of assessing risk. Mark founded a new division of Nashville metro police, specifically tackling domestic violence.
I was staggered on meeting Mark many years ago to learn how different the police response on domestics was from that in my home town, Brisbane. In Brisbane, typically two police show up- because if there is a weapon it is presumed to be a knife. In Nashville, typically four police would show up – because if there were a weapon, it would be presumed that both parties had a gun.
Mark’s pioneering work has made a difference to the way I practise law. One of the key messages I took away from the work Mark and others had undertaken in Nashville was the need to assess risk. I have long had the view that lawyers and others have in many ways failed to communicate with the survivors of domestic violence about safety, and how that safety is obtained.
I am also of the view that there is little point in talking about safety if the issue of risk is not assessed first. How can safety be planned when the risk to the survivor has not been considered? To do otherwise is to live in a  fool’s paradise- and placing the safety and possibly the life of the survivor and of any child in jeopardy.
I was fortunate enough to obtain the permission of the Nashville Metro police department to use its risk assessment tool, which I use with all my clients who have been the subject of domestic violence. 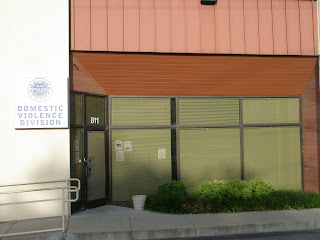 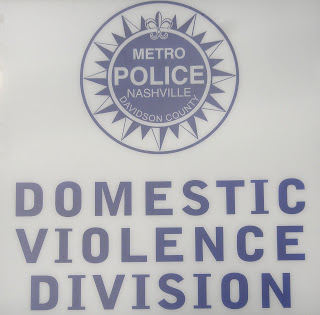 These days the domestic violence division, sadly, still exists. I am glad that the domestic violence division still exists for the safety of those escaping domestic violence, but it is sad that the nature of society in Nashville means that it is still needed. It operates from a non-descript office near the centre of town. Police in Nashville told me that callouts to domestics remain some of the most dangerous parts of their work.
This is is a glossed down version of what I use with my clients as to risk assessment. It is a modified version of what Nashville Metro police use, and it is used with their kind permission:

A Cautionary Note:
Traditionally, this has involved the analysis of specific threats, or of the perpetrator’s capacity for serious or lethal acts of violence.
There are a number of currently available risk/danger assessment instruments, including some sophisticated computerised models.
What these tools do is help us think through the dynamic elements of a particular case, and compare it to known cases that resulted in serious injury or death.
In a sense, they serve an important “coaching” function, in that they remind us to do a thorough investigation and analysis of the significant elements of a case.
What they cannot do is predict the behaviour of any given individual. The single best predictor of future violent behaviour continues to be past violence, and we cannot, in any absolute sense, predict lethality or serious injury. The best we can do is evaluate comparative risk, and attempt to safeguard against identified dangers.
The other thing they cannot do is help us really enter into the world of battered victim’s problem solving. Avoiding serious injury or death is certainly the most dramatic aspect of a domestic violence intervention strategy. But once we understand domestic violence as a problem of coercive control rather than simply as problem of assault behaviour, we are forced to broaden our concept of risk assessment. Like battered victims, we then need to conduct a thorough analysis of the complex package of physical, legal, economic, familial, social, and emotional risks faced by the victim, and by those she/he feels bound to protect.
This set of concerns extends well beyond traditional definitions of “safety”.
While you want the abuse to end, you may not want to see your partner harmed, publicly shamed, or damaged financially.
You may want to protect your privacy and sense of competence.
You may be weighing the effects that taking the children out of their regular school in order to seek shelter will have.
You may fear that your partner will try to get residence of the children if you seek help about the domestic violence.
You may be concerned that multiple court appearances will lead to the loss of your job.
If you leave an abusive partner, you may fear being “cast out” by your family or religious community.
Understanding “safety” as something more than protection from assault, we need to get beyond “danger”, look at a broader range of risks, evaluate their seriousness, and weigh the real consequences of any possible courses of action we might propose to you.
In identifying pressing concerns and evaluating risks, it is critical to get a sense of how the relationship has developed and at the range of coercive tactics employed by the abuser. The question isn’t simply “what kind of danger are you and your children in?” We have to ask at the same time, “How constricted has your life become?” and “What might be done to reduce both the danger and the narrowing of free choice and action?”
When evaluating available options – the key questions are:
“If you do X (or do not do X) which risks go up, which go down, and which new risks arise?” and,
“What are the implications – for you, your children, other witnesses, the offender, the community, and us if we  do (or don’t do) X?