A couple of weeks ago I attended the LGBT Family Law Institute conference in San Francisco. The conference is limited to 125 family lawyers who have not only acted for LGBT clients, but also publicly advocated for LGBT people. To get in, a lawyer must be vetted by the other members first. I was privileged,… Read More »Custom Single Post Header 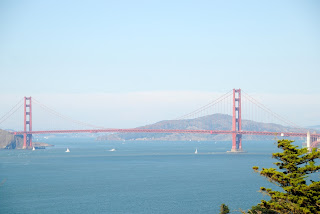 A couple of weeks ago I attended the LGBT Family Law Institute conference in San Francisco. The conference is limited to 125 family lawyers who have not only acted for LGBT clients, but also publicly advocated for LGBT people. To get in, a lawyer must be vetted by the other members first.
I was privileged, as an Australian lawyer, to attend. I had been asked to go by the executive director of the American Academy of Assisted Reproductive Technology Attorneys (AAARTA) Ms Judy Sperling-Newton. Judy was right to suggest that I go, because there was lots to talk about which was very familiar to me.

I always like going to conferences when I learn new things, discover new people, catch up with old friends, and above all by sharing problems discover new ways of tackling them. Family Law Institute was all of those for me.

For example, many issues to do with surrogacy and ART. An example- a trend which I am seeing more and more often is a lesbian couple (and which I discovered was more and more common in the US), one of whom becomes the genetic mum, and whose fertilised eggs are placed in the other, who becomes the birth mum. While these arrangements may seem at face value to be wonderful- in that each woman becomes the mother of their child, and that as a matter of law in Australia each woman is equally a parent of the child, in a number of cases I have seen (which did not involve the transfer of eggs), which were litigated or negotiated, the woman who gave birth felt a much stronger bond with the children, and at some level felt that she was the mother, and the other woman was not.

I am of the view that women contemplating undertaking such an arrangement should get knowledgeable legal advice before fertilisation occurs, so that they know exactly what could happen. 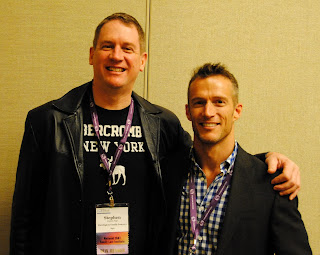 While at the conference I was lucky to catch up with colleagues, including my good friend and fellow American Bar Association committee member Rich Vaughn. Rich is a leading ART attorney from Los Angeles.

The LGBT Family Law Institute conference is an offshoot of the main Lavender Law conference, run by the LGBT Bar Association, an affiliate of the American Bar Association. Lavender Law is huge- one of those conferences that appears to morph and take over everything in the middle distance. It was a conference with a strong emphasis on equality. One of the most amazing things to hear was from a US lawyer who said that some of the leading US experts in his field were there- people so lofty it was almost impossible to contact them- but here they were, willing to share knowledge.