Once Were Warriors On Wednesday night, in my role as a White Ribbon Ambassador, I had the honour of speaking to a group of extraordinary Murri men, includng an ex-Olympian, about domestic violence and White Ribbon Day. White Ribbon Day is held on 25 November each year. It is the UN International Day for the… Read More »Custom Single Post Header 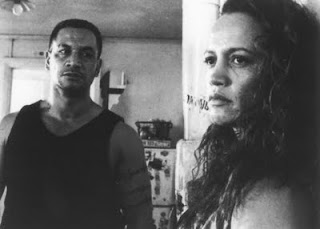 On Wednesday night, in my role as a White Ribbon Ambassador, I had the honour of speaking to a group of extraordinary Murri men, includng an ex-Olympian, about domestic violence and White Ribbon Day.

I was honoured to talk to these Murri men. In my practice as a Brisbane family lawyer, I have acted for indigenous men and women over the years. Too often there has been violence in the relationship, often much worse than seen in non-indiginous relationships, often associated with other social deprivation, such as alcohol and drug use.

I was honoured on Wednesday night because these men were taking a stand against violence against women. The fact that they wanted to hear from someone talking about domestic violence was significant in itself.

After I had said what I had to say, I was amazed to listen to the men:

Three years ago Norm was asked by the Sergeant running the local PCYC whether Norm was prepared to be photographed for White Ribbon Day. Norm readily agreed, and photos were distributed in the local area.

For me, while was that was great, it emphasised to me how much more important Norm considered the fight against domestic violence, as against the fact that he had represented Australia in boxing in the 1980 Moscow Olympics, and that this would have taken some personal courage, given that they were the boycott Olympics.