Leo AbseLeo Abse, 91, colourful Jewish/Welsh solicitor and MP who steered through major changes to family law and the Homosexual Law Reform Bill in 1967,which largely decriminalised gay sex, two years before the Stonewall riots, has died. The Homosexual Law Reform Bill was among the first in a series of laws throughout the world to… Read More »Custom Single Post Header 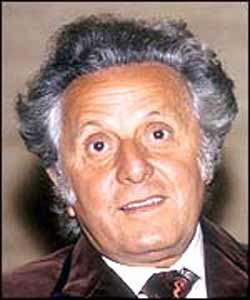 “imprisoning homosexuals for long periods in male gaols to incarcerating a sex maniac in a harem”.

Abse was known for his dramatic dress sense, and at the age of 83 marrying a woman 50 years younger.