It is always sad when children are abducted, often by their parents. The Federal Magistrates Court, Family Court of Australia and Family Court of Western Australia publish lists of missing children. Currently:

I have listed all the missing children below. 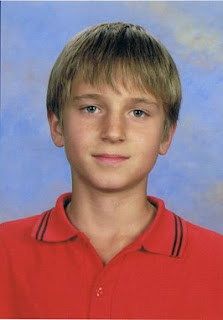 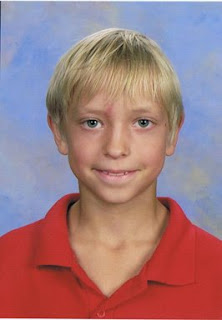 Andre Nicholas Valette and his brother Frank Oliver Valette were last seen with their mother Ann-Louise Valette at the end of September 2008 in Vasteras, about 100 kms from Stockholm. The Family Court is asking the public to help locate them.
The mother was allowed to take the children to Sweden because she promised to return them to Australia by 11 October. The father has not seen the children since September 2008 or heard from them since just before they were due to return.
Any information as to the whereabouts of Frank Oliver Valette, Andre Nicholas Valette or Ann-Louise Valette should be given to the Australian Federal Police on 02 6126 7777. This number applies in all states and territories. 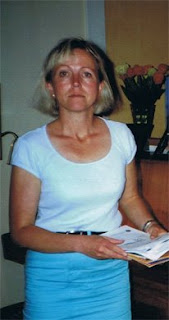 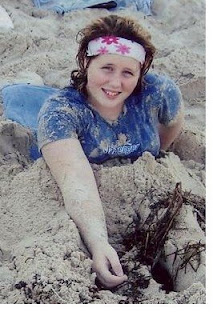 Hannah Victoria Sherry, born 25 November 1994, is missing from home near Brisbane and the Family Court is asking the public to help locate her.Hannah is the daughter of Kevin Paul Sherry, born 26 August 1958, and Tracy Anne Bingham, born 27 October 1965, and her current whereabouts are unknown. A Recovery Order was issued by the Family Court in Brisbane on 21 August 2008 authorising all members of the AFP and state and territory police forces to locate and recover her. The Recovery Order has not yet been executed and Hannah remains missing. Anyone who has seen Hannah or who knows anything about her current location is asked to contact the Australian Federal Police on 1800 333 000. This number applies in all states and territories. 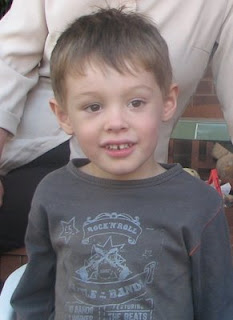 The Family Court is asking the public to help locate Andrew. Melinda Margaret Thompson took the child to Germany on 24 April and neither has been seen since. Anyone with any information about the location of Andrew or his mother is asked to contact the the Australian Federal Police on 02 6126 7777. Anyone recognising the mother is asked not to approach her but to contact the AFP on the above number which applies in all states and territories. 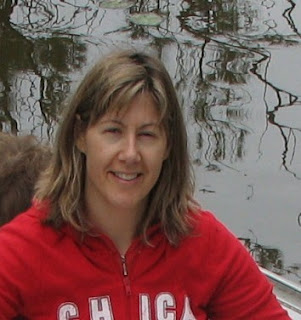 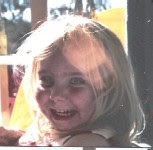 Public help is being sought to find a six-year-old girl who has not seen her father since July 2005.

Aaliyah Kachina Kinny hasn’t seen her father since then, despite a court order stating the three-year-old should live with him.

Police have asked the public to help find Aaliyah, who is believed to be with her mother, Jane Kinny (also known as Vivien Kinny) and her 16-year-old half-sister, Aurora Kinny. They are probably accompanied by two small white maltese cross poodles.
“I haven’t seen nor heard from Aaliyah since early July 2005, when she didn’t return from a contact visit with her mother,” Aaliyah’s father said.
“Since losing Aaliyah I haven’t been able to concentrate, work or organise my life. I’ve been affected mentally, emotionally and physically. I’m always looking for her. Every time the phone rings I hope it will be good news telling me where she is and that I can go and get her, but there is nothing.”
He has appealed to anyone who has seen Aaliyah or Jane to contact Crime Stoppers with information as to their whereabouts.
“I live in New South Wales, but I’ve been to West Australia and back searching. The police now think that she may be back in New South Wales and that her mother has changed her name to avoid police,” he said.
“I’m so worried my little girl is going to live her life hiding from authority. What kind of life is that for a child? What will happen when she is sick, or needs to go to school?”
Aaliyah was born on 25 May 2002. She has blond hair, blue eyes and a slim build. Jane Kinny, 50 (born on 3 July 1958), is about 160 cm tall, with blue eyes and slim build. Her hair is currently believed to be brown or red.
A recovery order has been issued authorising all members of the Australian Federal Police, State and Territory police forces and the Marshal of the Family Court to recover the child.

Public help is being sought to find a seven year old girl from the United States who is believed to be in Australia.

Reya Lunetta (also known as Hira) was removed from the United States of America in mid 2002 by her mother, Camilla Ellefsen Lunetta (also known as Zelma), without the consent of her father or an order from a relevant court in the United States. It is believed the mother and child arrived in Perth in August 2003, but are now living in the eastern states of Australia.
The matter is currently the subject of a Hague Convention on the Civil Aspects of International Child Abduction application in the Family Court of Australia. Both Australia and the United States are signatories to the convention. The Family Court of Australia has issued an order authorising all members of the Australian Federal Police, State and Territory police forces and the Marshal of the Family Court to locate the child.

Reya is four years old with blue eyes and a fair complexion. She has a brown birthmark on the sole of her foot and a red mark on the rear of her head.

Camilla Lunetta, 32, is about 173 cm tall and of slim build. She has a fair complexion and light blue/grey eyes. She has brown hair, which may be shaved or coloured. She may also speak with a northern European accent. She has a brown birthmark on her left forearm, a tattoo of her own profile on her right shoulderblade and a chip in her front tooth.

The photos of the children were taken when the girls were 2 and 3 years old.
Greg appeals to anyone with any information that will assist in the location of his children Elizabeth and Sylvia, or their mother Samantha to contact Legal Aid QLD on 1300 651 188. 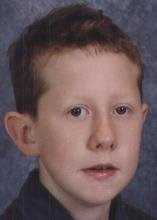 Wears a silver chain with lucky horn, has a number of small brown moles down his lower left cheek and throat. Blind in left eye, fair eyebrows, prominent ears, walks with a slight stoop/hunch as he has a slightly sunken chest, slightly receding lower jaw.
Any information as to Michael’s wherabouts should be given to the Australian Federal Police on 02 6126 7777 (this number applies in all states and territories). 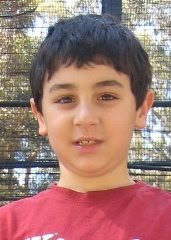 Pursuant to Family Court orders, the child Saverio Scriva born 18 September 2000 resides with his father, Domenico Scriva. The child was removed from his father’s care on 8 September 2008 by his mother, Caterina Reitano, and has not been seen since.

Despite extensive inquiries by police their current whereabouts are not known.
Any persons who are able to supply any information concerning the above mentioned persons or their whereabouts since the date of disappearance are requested to contact:
Crime Stoppers on 1800 333 000