Olin Fellow Heather Mahar Examines Prenuptial Agreements Why are there so few prenuptial agreements? A paper recently released by Heather Mahar, an Olin Fellow in Law and Economics at Harvard Law School, attempts to explain why only 5 percent of married couples have prenuptial agreements even though roughly 50 percent of marriages end in divorce.… Read More »Custom Single Post Header 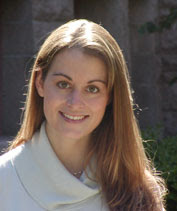 Why are there so few prenuptial agreements? A paper recently released by Heather Mahar, an Olin Fellow in Law and Economics at Harvard Law School, attempts to explain why only 5 percent of married couples have prenuptial agreements even though roughly 50 percent of marriages end in divorce. Mahar, a 2002 Harvard Law graduate, discusses her findings and her future research.

How did you decide to choose to do research on prenuptial agreements?

Although about half of all marriages end in divorce, amazingly few – around 5 percent – involve prenups. When I asked myself whether I would want to sign a prenup, I realized that I wouldn’t because that would suggest to my fiancé that I was thinking about divorce even before we got married. I decided to conduct a survey to figure out why other people weren’t using prenups.

There are two main reasons that people do not ask their partner to sign a prenuptial agreement.

First, as I just said, most people think that talking about a prenup sends a bad signal to their marriage partner. Actually, according to gossip columns, Ben Affleck broke off his engagement to Jennifer Lopez when she asked him to sign a prenup!

Second, most people seem to think that divorce can’t happen to them, even though they realize that over 50 percent of marriages end in divorce. Just like most people think they are better than the average driver, they believe that their marriage will be happier and more stable than the average marriage.

You write that the courts have ruled that prenups are not necessarily contrary to the public policy of promoting the stability of marriage, do you agree?

Yes. Among other things, prenups can make marriages harder to get out of, not easier. A prenup could say that divorce is not allowed unless somebody has committed a fault, like adultery. In contrast, most states allow no fault divorce.

So prenups that deal with more than just division of assets and include provisions that specify on what grounds a divorce can be granted have been upheld by the courts?

To my knowledge, this type of prenup has never been tested in court. However, in the past all states required spouses to show “fault” before allowing a divorce. Also, several states still allow couples to opt into a “covenant marriage” which requires one spouse to show “fault” before filing for divorce. So it doesn’t seem like too much of a leap to think that courts would allow couples to limit the grounds for divorce in a prenup.

Were the children of divorce in your survey more likely to enter into prenups in their marriages?

Surprisingly, no they aren’t. As I said, the two main reasons people don’t sign prenups are avoiding sending bad signals and false optimism that their marriage will last.

Your next paper will suggest making prenuptial agreements mandatory?

Yes. I begin by exploring why prenups are important. Then, based on the survey discussed above, I suggest that mandatory prenups could help more couples realize these benefits. First, the bad signal a spouse might send by starting the discussion will be eliminated because every couple will be required to have the conversation, even if they are not thinking about divorce. Second, this regime could reduce the effects of false optimism since people will be required to sign prenups even if they think they will never need one. If prenuptial agreements were required today, maybe Ben and J-Lo would still be together!

WARNING: Australian law requires only an irretrievable breakdown of the marriage for divorce, which requires the parties to be separated for 12 months.